The basic mechanism of extrusion is simple – a screw turns in the barrel and pushes the plastic forward. The screw is actually a bevel or ramp that wraps around the center layer. Its purpose is to increase pressure in order to overcome greater resistance.

As far as an extruder is concerned, there are 3 resistances to overcome:

The adhesion of the melt on the cylinder wall;

The flow resistance within the melt as it is pushed forward.

Newton explained that if an object is not moving in a given direction, the forces on the object are balanced in that direction.

The screw does not move axially, although it may turn rapidly laterally around the circumference. Thus, the axial force on the screw is balanced, and if it exerts a large forward push on the plastic melt then it also exerts an equal backward push on something.

Here, the thrust it exerts is on the bearing behind the feed port – the thrust bearing. 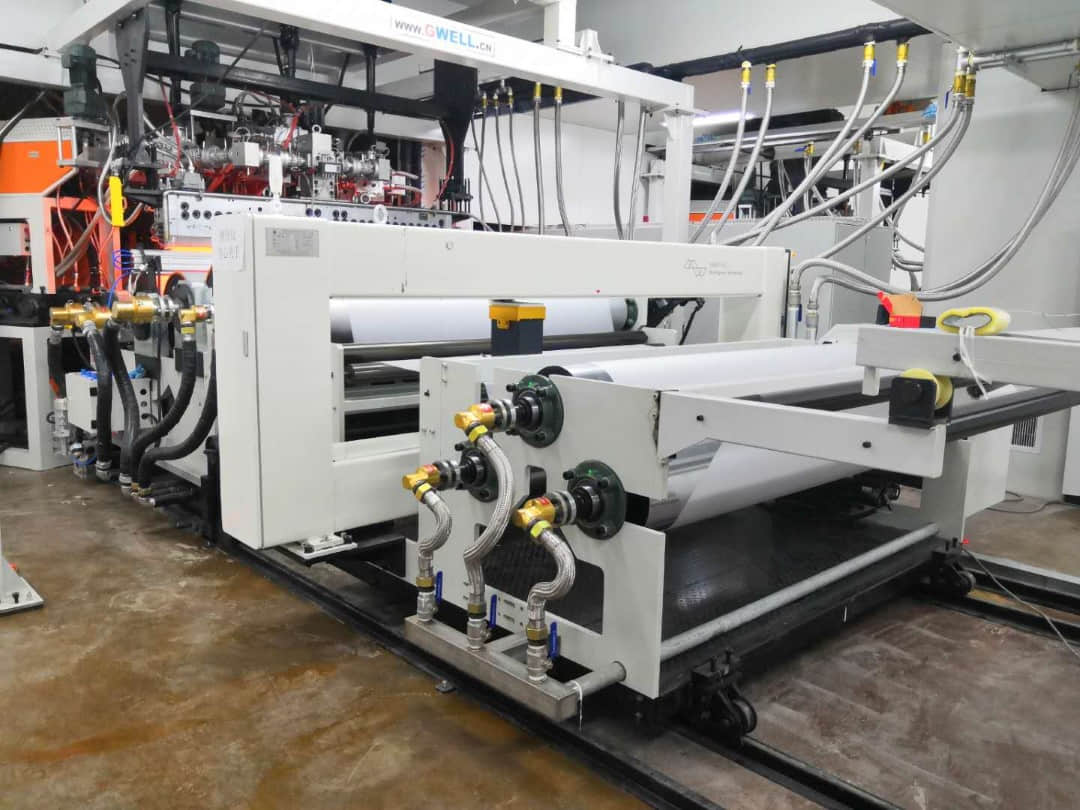 Most single screws have right-hand threads, like screws and bolts used in woodworking and machinery. When viewed from the back, they turn in the opposite direction, as they try to unscrew the barrel back as far as they can.

In some twin-screw extruders, the two screws rotate in opposite directions in the two barrels and cross each other, so one must be right-handed and the other must be left-handed.

In other interlocking twin screws, the two screws rotate in the same direction and must therefore have the same orientation. However, in either case there is a thrust bearing that absorbs the backward force, and Newton’s principles still apply.

Extrudable plastics are thermoplastics – they melt when heated and solidify again when cooled.

Where does the heat to melt plastic come from?

Feed preheat and barrel/die heaters may work and are very important at start-up, however, the motor input energy – the frictional heat generated in the barrel as the motor turns the screw against the resistance of the viscous melt – is all The most important heat source for plastics, with the exception of small systems, low speed screws, high melt temperature plastics and extrusion coating applications.

For all other operations, it is important to realize that the barrel heater is not the primary heat source in the operation and thus has less of an effect on extrusion than we might expect (see Principle 11).

Back barrel temperature may still be important as it affects mesh or solids conveyance speed in the feed. Die and die temperatures should generally be the desired melt temperature or close to this temperature unless they are used for a specific purpose like varnishing, fluid distribution or pressure control.

03 The principle of deceleration

In most extruders, changes in screw speed are achieved by adjusting the motor speed. The motor usually spins at full speed around 1750rpm, but this is too fast for an extruder screw. If it is rotated at such a fast speed, too much frictional heat is generated and the residence time of the plastic is too short to produce a uniform, well-stirred melt.

Typical reduction ratios are between 10:1 and 20:1. The first stage can use both gears and pulleys, but the second stage uses gears and the screw is positioned in the center of the last large gear.

In some slow running machines (like twin screw for UPVC) there may be 3 stages of deceleration and the maximum speed may be as low as 30rpm or less (ratio up to 60:1).

At the other extreme, some very long twin screws used for agitation can run at 600rpm or faster, thus requiring a very low deceleration rate as well as a lot of deep cooling. 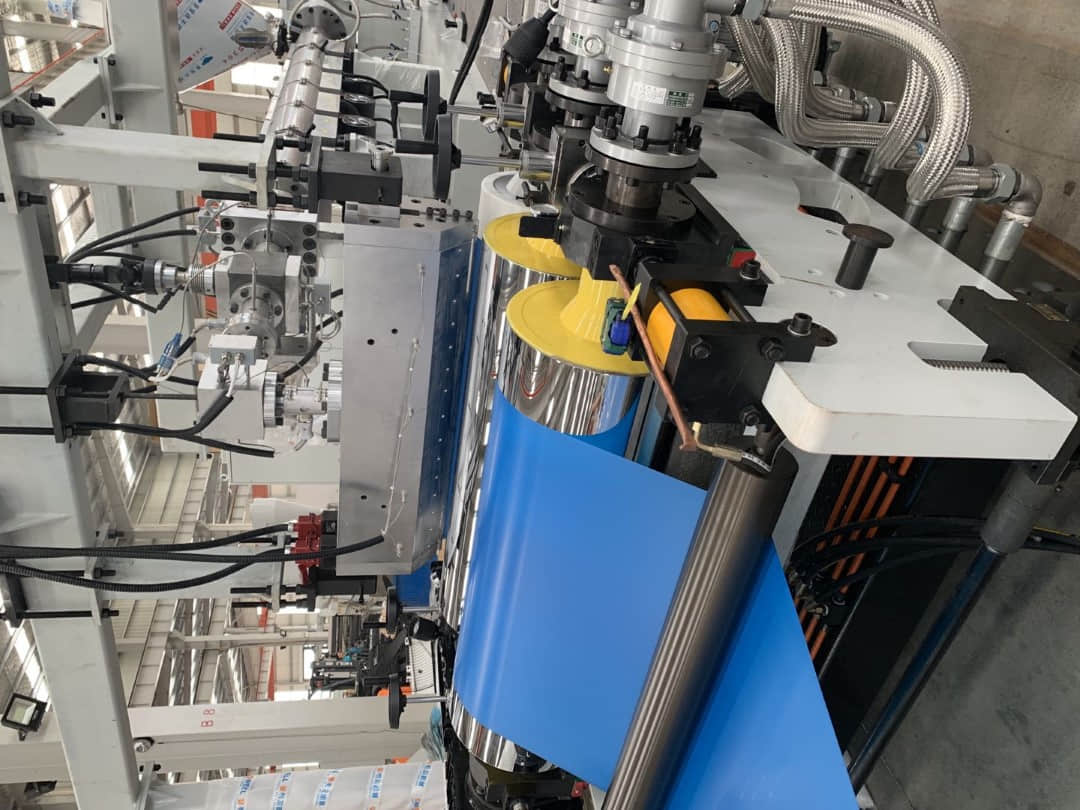 Extrusion is the transfer of energy from a motor—sometimes from a heater—to the cold plastic, thereby converting it from a solid to a melt. The input feed is cooler than the barrel and screw surface temperatures in the feed zone.

However, the barrel surface in the feed zone is almost always above the plastic melting range. It cools by contact with the feed particles, but the heat is retained by the heat transferred back from the hot front and controlled heating. Even when front end heat is held by viscous friction and no barrel heat input is required, it may be necessary to turn on the back heater. The most important exception is the trough feeder, which is used almost exclusively for HDPE.

The screw root surface is also cooled by the feed and insulated from the barrel wall by the plastic feed particles (and the air between the particles).

If the screw stops abruptly, the feed also stops and the screw surface becomes hotter in the feed zone as the heat moves back from the hotter front. This may cause sticking or bridging of the particles at the roots.

05 In the feeding zone, stick to the barrel and slide to the screw

To maximize solids delivery in the smooth barrel feed zone of a single screw extruder, the particles should stick to the barrel and slide onto the screw.

If the particles stick to the root of the screw, there is nothing to pull them off; the channel volume and solids intake is reduced.

Another reason for poor adhesion at the roots is that the plastic may heat up here and produce gels and similar contamination particles, or intermittently adhere and break as the output speed changes.

Most plastics slide naturally on the roots because they are cold when they enter, and the friction has not yet heated the roots as hot as the barrel walls.

Some materials are more likely to adhere than others: highly plasticized PVC, amorphous PET, and certain polyolefin-based co-polymers with adhesive properties desirable in end use. 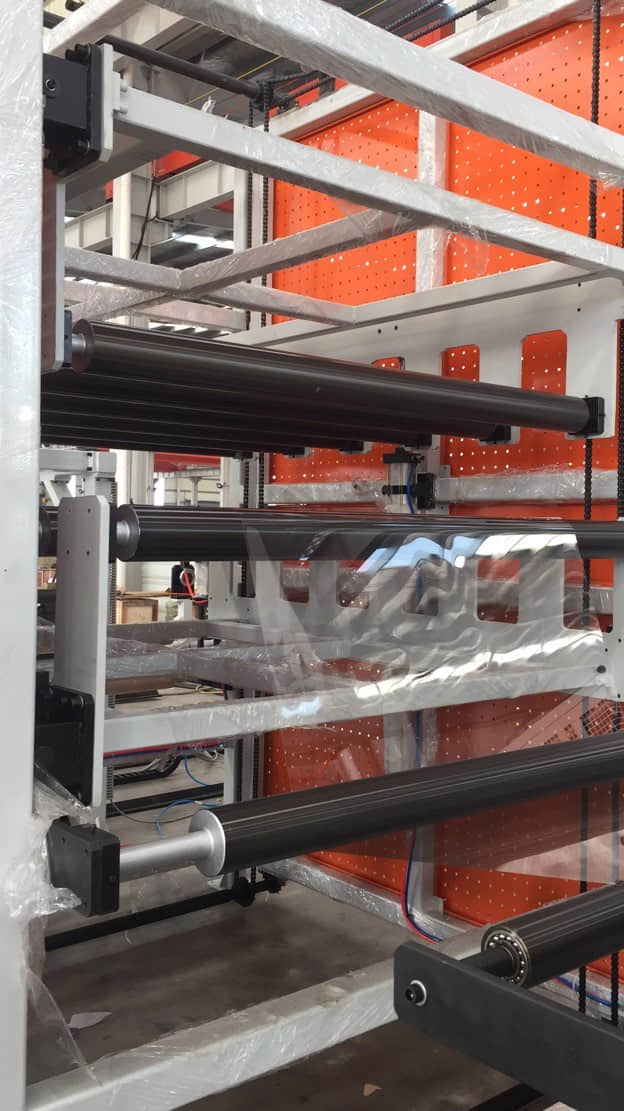 For the barrel, it is necessary for the plastic to stick here so that it is scraped off and pushed forward by the screw threads. grain

There should be a high coefficient of friction between the pellets and the barrel, which in turn is strongly influenced by the temperature of the rear barrel. If the particles don’t stick, they just turn in place and don’t move forward – that’s why a smooth feed is bad.

Surface friction is not the only factor affecting the feed. Many particles never touch the barrel or the root of the screw, so there must be friction and a mechanical and viscosity linkage inside the particle.

Grooved cylinders are a special case. The tank is in the feed zone, which is thermally insulated from the rest of the barrel and is deeply water cooled. The thread pushes the particles into the groove and creates a very high pressure over a relatively short distance.

This increases the bite allowance at lower screw speeds for the same output, resulting in less frictional heat generated at the front end and lower melt temperatures. This could mean that cooling limits faster production in blown film lines.

The grooves are particularly suitable for HDPE, which is the most slippery common plastic other than perfluorinated plastics.

From performance to brand, teach you how to choose EPE solar film! 

EVA or POE, how to choose the encapsulation film of photovoltaic double glass module?

Refusing to be inefficient, the EVA film machine is here